Come on holiday with your pet! 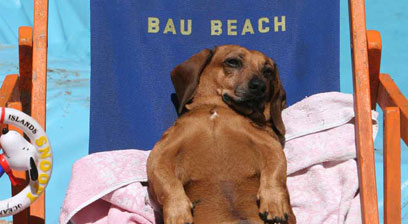 Riserva dell’Olmo is a pet-friendly farm in the heart of the Roman countryside, where you can enjoy relaxing in the green and in the company of your four-legged friend. The company is only 30 km from Bau Beach that lies along the coast around Rome and has a beautiful beach to house animals For those who have a four-legged friend, the time to plan your holidays are full of doubts and complications. In the past, the holidays with domestic animals were inconvenient and difficult to organize, but today there are structures such as the Farm Riserva dell’Olmo in which your four-legged friends are not only allowed, but welcome. The farm Reserve of ‘Olmo is ideal if you are traveling with four-legged friends as the houses are surrounded by greenery, so dogs and cats can move freely, relying on many areas of’ shadow. The farm has a large walking area inside. In the area there are many paths where you can take long walks in the company of your pet. Even just for a weekend, put a few toys in the suitcase, the bowl for water and food, the health card of your pet and visit us in the heart of the Roman countryside. Riserva dell’Olmo is a place where you can spend a relaxing holiday with your four-legged companion. Nearby beaches for dogs: BAU BEACH, Maccarese, via Praia a Mare 1: behind the factory The Ramla, former Baubeach, there is a sandy path, you have to follow it for about 100m, then go to the beach which is on the left. Two roads lead to Maccarese: the Aurelia and the motorway Rome – Civitavecchia. Aurelia: from Fregene direction, turn right at Ponte San Giorgio, take in the village of Maccarese, turning left to Ave Maria: after about 800metri there is a road on the left, via Praia a Mare, with Madonna shrine to ‘corner. Pull straight up to the end of the road and park, then proceed back to Ramla (you can find it on your left) Motorway: exit Maccarese – Fregene, with the gate behind continue straight until crossroad, turn right, Ave Maria: then drive to 800metri, following the steps described above. Note that since there is no other parking a large square on the road, it is advisable to come early in the day on Saturday and Sunday.